'Chase the rabbit down the hole, up over the rock and flick’

Just as we were reading ‘I want my hat back’, the bear who had lost his hat arrived in our classroom! He needed our help to find his hat!

We found so many hats in the classroom –

some belonged to postmen, firefighters, dancers, chefs…there were just so many! 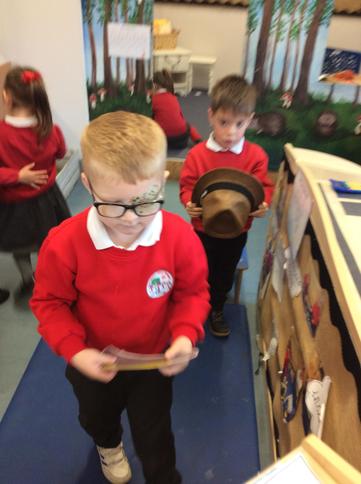 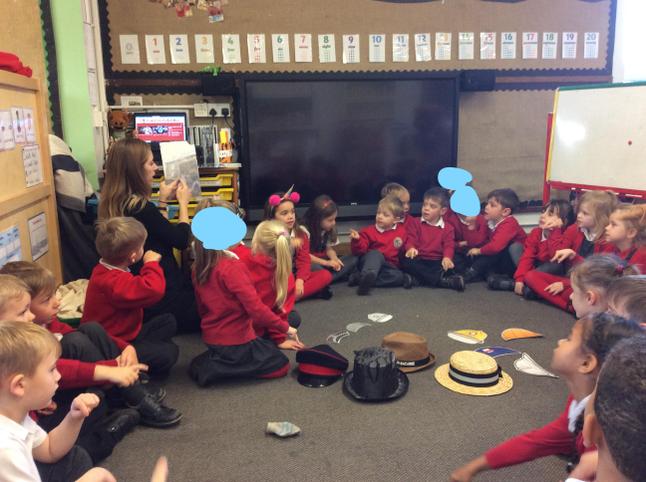 After discussing which hat was his, we made a great big ‘huuuu’ to fog up a mirror then practised forming the letter h.

We were careful not to say ‘huh’ but instead ‘huuu’ using a sigh of air to create the ‘h’ sound. 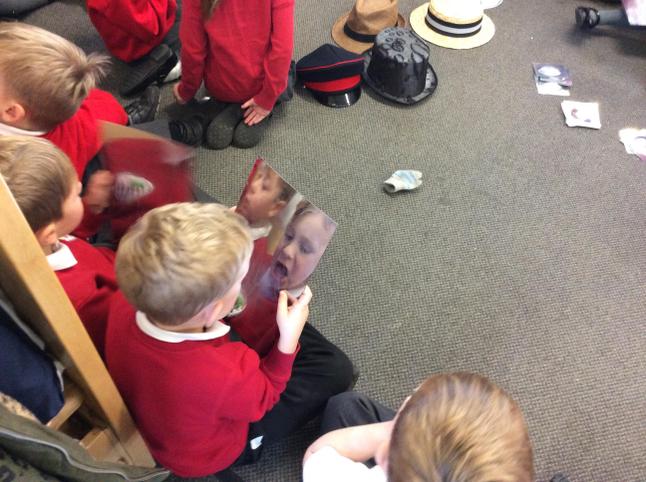 After we had practised forming the letter, we used the hats with letters on to write words.

We wrote h-a-t, then explored how we could change it to p-a-t. Once we worked out that we needed to swap the h for a p, Miss Sutton challenged us again!