Barnham CEVC Primary School is committed to providing good quality sports provision for all its children. We aim to ensure that the children enjoy and take part in a range of different sports. We regularly invite sports professionals into our school to provide coaching and inspiration, both as part of the curriculum and also as extra- curricular opportunities. We believe that competition in Sport is important, and the children built on their achievement in school by competing in Intra-school and Inter- school tournaments. All children also take part in out annual school sports day and our older pupils participate in an annual inter-school sports festival against local primary schools which is organised but the Suffolk Sports Participate.

Well done to all the players, your sportsmanship and effort really did Barnham proud.

To be a member of the Sports Leaders Team the children in Year 5 had to complete an application form and explain why they felt they would be a good sports leader.  They  support sport in school by running lunchtime activities,  organising  intra-school competitions and supporting the schools PE coordinator, Mrs Shepperson.  As part of their role the leaders learn how to run activities and competitions as well as discussing what makes a good leader .

Check out our Sports Leaders in action!

The whole school were incredibly lucky to have Billy Wappett, a martial arts instructor teach each class some martial arts and self defence techniques. It was a great experience for all and we all have great fun. Billy will be running an after school club, on a Wednesday after school next term for Year 1-6.

A HUGE well done to the Dodgeball team, who came 4th overall out of 25 teams across Suffolk. They worked incredibly hard, were excellent as a team and have done the school proud.

On Monday, 9 pupils took part in the Sports Partnership U11 Dodgeball tournament at Thurston Community College.

First, all the rules were explained and he showed us how the games worked. Altogether we played 5 matches and each match was split into 3 two minute games. We all felt the adrenaline pumping through us and this helped us be successful in winning the group event. We then made it through to the final. This was an incredibly tough match, the other team were extremely talented. They won the first game which still meant we could win if we were to be successful in the following two games. We work excellently as a team and won the second game leaving one extremely important game left. The mood had become very intense and exciting. Unfortunately the other team won the final game meaning we finish overall in second place. At first, our mood was dampened until we heard the news that we were still through to the area finals. We all so thrilled to be through and cannot wait to take part.

In total, 13 teams took part in the competition and overall we came 2nd. By coming 2nd we have now qualified for the area final in Stowmarket.

6 pupils from year 3 and 4 attended the Tag Rugby Festival at Ixworth Free School. They took part in a rugby skills circuit and finished by playing some matches against the other schools. The pupils worked incredibly hard and showed brilliant team work skills. It was a great afternoon and all the pupils didn't want it to end.

Well done to all the children that attended, you were fantastic ambassadors for the school and a big thank you for all their parents support.

The pupils at Barnham were extremely lucky to take part in a Scoot Fit workshop.

Scoot Fit's vision is: For all children to become confident and competent on a scooter which can be used as a form of fitness and active travel, helping build a nation of fit, strong and healthy children

They had fun whizzing around the course and challenging themselves on obstacles.

The children found the workshops extremely exciting and tiring at the same time! I had lots of children telling how much fun they had and how 'awesome' the sessions were!

I will be looking into running more scooter workshops in the future. Watch this space!

We are registered with the Sainsbury’s School Games. We have achieved the Sainsbury School GAMES Bronze Mark for the academic year 2017/2018. 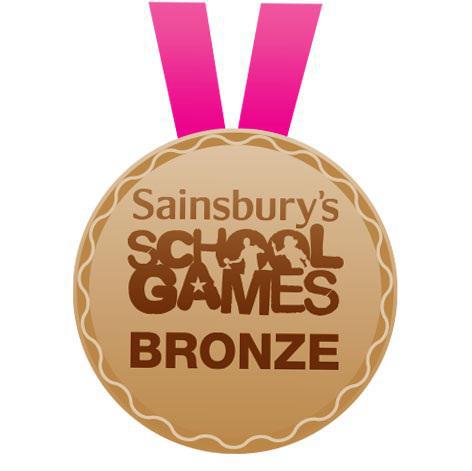